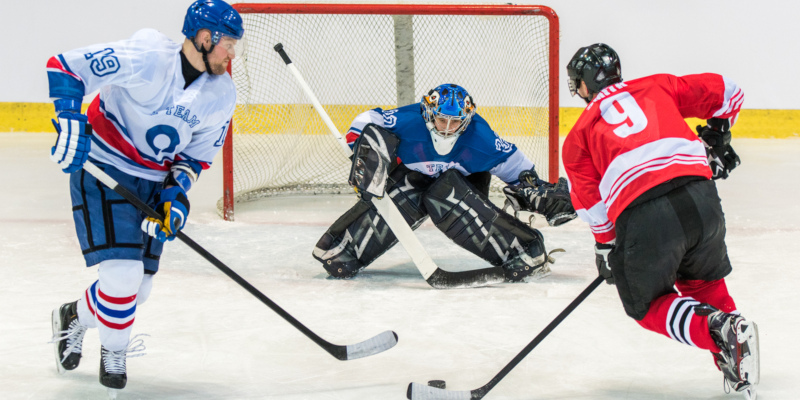 In various blogs, we’ve looked at different formats of 3-on-3 hockey (NHL OT, NHL All-Star tournament, Fours Hockey, etc.) and we’ve discussed the importance of transitioning from offense to defense and defense to offense. In this blog, we look at the importance of puck possession.

As strategists become more experienced with 3-on-3 hockey, there is one conclusion that becomes painfully obvious. Simply stated:

3-on-3 hockey is a puck possession game!

I cannot express it more clearly or more concisely. Once you understand this fact, you will appreciate all 3-on-3 play in terms of puck possession.

Generally speaking, a team with puck possession doesn’t get scored upon. If your team maintains puck possession, you can control the game clock and methodically stage an offensive attack.

(Some find clarity by thinking of it in terms of basketball, without a shot clock and without an over-and-back line. The players can move the ball around the floor, organize team offense and generate a good shot at the basket.)

Philosophically speaking, puck possession should only be risked when shooting to score. Every turn-over, other than those that occur while attempting to score, is a bad play.

Assuming a scoring attempt is unsuccessful and results in a rebound or an otherwise “loose puck”, efforts to re-establish puck possession, while at the same time avoiding a poor transition (offense to defense) should the opponent gain possession, are the priority.